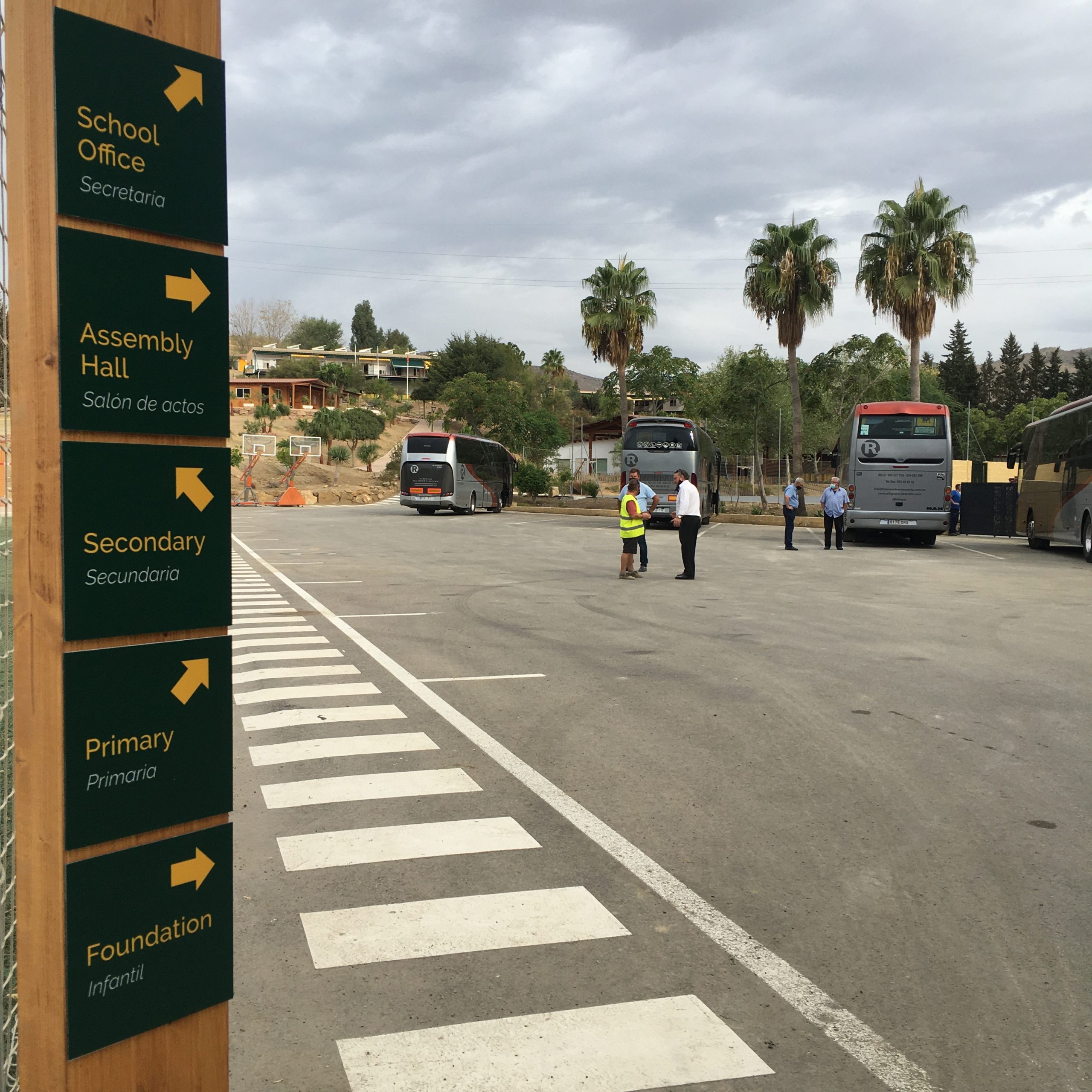 It is the fourth consecutive year that we have expanded bus lines: so now we have a new transport line (9), thus reaching 3 direct connection routes between the towns and the school.

Novaschool Sunland International is located in Nueva Aljaima, in the municipality of Cártama, belonging to the Guadalhorce Valley Region, and located 20km from Málaga. Currently the school has nine bus lines to meet the demand of current students and potential customers.

Cártama is part, along with 12 other municipalities, of the metropolitan area of Málaga, characterised by the presence of a dominant central city that begins to lose relative population and economic weight in favour of the smallest cities of the metropolitan crown.

The area of influence of the school is made up of eleven municipalities in the metropolitan area of Malaga: Alhaurín de la Torre, Alhaurín El Grande, Benalmádena, Cártama, Coín, Málaga, Pizarra, Torremolinos, Fuengirola, Churriana and Mijas Costa.

Here you have a list of the distance between our school and the cities mentioned before:

The maximum time students spend on the bus is between 30 minutes of the routes closest to 60 minutes for remote ones. What is considered, as the maximum distance of displacement for a correct school performance.

For more details on the routes please see our website: